It's that time again, but this time let's do this differently.
What do you think of Foo Lions? Like, in general.
Let me make a little questionnaire here so it can be neater.

>As a Lightspeaker, are you content with the Foo Lion's effectiveness and power level?

>As a member of a faction with Foo Lions, how do you feel about them?

>Do you have any suggestions about changes to be made to the Foo Lions?

I'm already on the record regarding foo lions, but I'll bite. Foo lions do a lot of stuff in a little bundle. They're very good value for 60cp and 15-20 mp, and they express that value through unfortunate gameplay patterns that I think go against the spirit of keeping the game fun.

>Do you play a Lightspeaker?
nup

>As a member of a faction with Foo Lions, how do you feel about them?
Facilitates an easy grind, which is funky. I don't particularly 'enjoy' having them around though, the way I do having sprites, for instance.

>Have you ever tried to raid a faction that has Foo Lions? How does that usually go?
We usually get through them though it takes a fair bit of coordination to get them down before anyone wastes AP on the forts. Luckily for me, I haven't dealt with a situation where they're getting actively resummoned alongside sprites while forts are being rebuilt - that seems like a pretty unstoppable defense.

>>As someone who raided a faction that has Foo Lions, how do you feel about their effectiveness and power level?
Yep. They basically act as another layer of glyphs that take ~5 AP each to dispel each, instead of 1 for GGE. On top of actually adding a glyph. On top of wasting anyone's AP who doesn't deal with them. And you can have as many as you like, instead of being limited to one glpyh of each type.

They're annoying to interact with, since the only way to get rid of them without dumping 20 AP into the forts is by killing them directly. Which means selecting them specifically in the pet list. Which means either manually scanning or using ctrl-f to find them in the list. And then you have LS renaming their other pets 'male foo lion' to make that harder. It's all moderately aggravating.

On top of that, the female foo lions doing the 15% phasing thing is very strong. The counterplay is basically limited to 'be a corruptor'. And if you're a DO with curse of blood, female foo lion says no, which further reduces your options for dealing with one of the other good passive defence layers - aethersprites.

To put some very rough numbers to the raid cost of dealing with foo lions:
- 15% phasing to all. 15% flat AP tax on the killing part of the raid. I've estimated the killing to take about 80 AP total (which I think is a low ball, making this a conservative estimate). Doesn't directly hit AP if pets are used, but it does extend the clear and make inactive seraphs more punishing on the pets.
- Killing the male lion directly :~6 AP per lion
- Slowing glyph: absolute min 3 AP (1 from the tank, 2 from the dispeller) + 15mp (or a gem charge)

So, for 3 foo lions you're looking at around 41 AP drained from the raiding team to deal with the foos lions. After accounting for travel costs, that's about 3/4 of a a raider just to deal with foos.

>Do you have any suggestions about changes to be made to the Foo Lions?

No solutions, only complaints. Here is an itemised list of my grievances:
- Targeting them is annoying, feels like you're fighting against the UI
- They act like a glyph, but they're not easy to target and clearly visible like glyphs/forts are
- In the most egregious case, they can act 20 times in a pet tick, repairing the forts from 0 to 500 instantly. I still think this is silly.
- They can repair the forts for more than they get damaged for, which can make attacking the forts actively counterproductive
- They further raise the floor for raiding regardless of active resistance, punishing smaller factions and any raid team without a fairly high level of coordination
- 15% phasing to all is intense
- Deletes curse of blood from raiding viability IMO
- The majority of their power expresses itself in a way that is annoying/tedious/AP wasting/forces you to fight the UI. It's not even particularly fun for the LS as far as I can tell, it's just there

Luckily for evil, they still have very good AP regeneration abilities (which is a whole different discussion). I think transcended gets the shortest end of the stick.
Top

I guess I can add some input

>Do you play a Lightspeaker?
Yes
>>If yes, do you have Foo Lions?
Yes but will likely refund once door grind over
>>>If no Foo Lions, why not?

>As a Lightspeaker, are you content with the Foo Lion's effectiveness and power level?
Not expensive summon for all the things they do. Which is a long list and I don't really know what they will do and when they will do it. I appreciate how nice they are for door grinding though

>As a member of a faction with Foo Lions, how do you feel about them?
I get annoyed when my factionmates lions steal a grind but thats what I step out for.

>Have you ever tried to raid a faction that has Foo Lions? How does that usually go?
Involved a lot of 'omg whose hitting forts! Lions first!' or 'Why aren't these forts going down?' in an uncoordinated raid. in a raid where we all know what to do, it just ends up being a lot ap wasted before you even get to do anything. They are annoying to find on the list of pets. You also run the risk of all the other pets whacking at you if you try to kill them. also... More glyphs!!!!

>>As someone who raided a faction that has Foo Lions, how do you feel about their effectiveness and power level?
They can be a pain in the butt to deal with. having raided on both sides, I find theres a lot of things you need to be mindful of when raiding against a faction with F lions. They don't break the raid but they certainly add to the obstacles. I find it frustrating that you can't cut their cord. I don't think any pet should be immune to that - no pet stealing is fine but why are they immune to being cut?

>Do you have any suggestions about changes to be made to the Foo Lions?
let me cut them!!!!!
The evil counterpart, imps, is underwhelming in comparison.
And Klap is right, it is a lot harder for transcended factions to deal with them
Top

>Do you play a Lightspeaker?
Yes

>>If yes, do you have Foo Lions?
My LS had them, then refunded them later.

>>>If no Foo Lions, why not?
I wanted the CP for caretaker's gift for bigger judgeballs/15 mp healballs.

I also just found them to be unfun, both personally and on the raider side. I'd rather a raid be successfully defended against because actives caught it, or a last stand by a tank that absorbed all of the dying advo's blessings or w/e, rather then "our deglypher got sniped/can't make the raid and nobody can deal with slowing" or "the male lion wasn't focused down fast enough and AP was wasted bashing forts"

>As a Lightspeaker, are you content with the Foo Lion's effectiveness and power level?
They're very strong mechanically, but I'll echo Klap in that a lot of their power is expressed in annoying way to raiders, while being uninteresting to the LS.
They felt like a mana sink while we weren't being raided, they're worse JMs while raiding, and the male foo gets focused down on defense while the effects of the female's phasing is invisble to the LS.

I do like that they give LS another utility pet to distinguish them more from being a vanilla PM, but ^ :/.

>As a member of a faction with Foo Lions, how do you feel about them?
They're kind of just there. Messes with other people door grinding, I suppose.

>Have you ever tried to raid a faction that has Foo Lions? How does that usually go?
Deglyph the prot glyph outside, GGE the prot glyph inside, GGE the slowing glyph that gets dropped by the female foo, focus down the male lion. Sometimes I forget to focus the male lion down and start bashing forts, then go "oh shit" when I see the forts not dropping.

>>As someone who raided a faction that has Foo Lions, how do you feel about their effectiveness and power level?
One set of lions is good. Multiple lions gets ridiculous.

>Do you have any suggestions about changes to be made to the Foo Lions?
Eh.
Top

>Do you play a Lightspeaker?
Yes

>As a Lightspeaker, are you content with the Foo Lion's effectiveness and power level?
I'll also echo the overall statement that they're very strong mechanically, but yes it is mostly expressed in annoying ways to raiders. It can be hard to tell from log messages what they are actually doing in a way that is easy to understand for the LS.

They're also an incredible mana sink that makes it unwieldy to maintain more judgemasters, since the cost of rejuvenating one Foo Lion is the same cost for summoning both of them.

>As a member of a faction with Foo Lions, how do you feel about them?
It messes with my door grinding. I have to beat the pet tick after lockpicking then killing the door to get inside or else the Male Foo Lion erects a 20 HP stronghold ward in front of me for 5 of its AP.

>Have you ever tried to raid a faction that has Foo Lions? How does that usually go?
Does your team have a deglypher? No? Let's pick someone else...

Aha, someone forgot to kill the Foo Lion before deforting

>>As someone who raided a faction that has Foo Lions, how do you feel about their effectiveness and power level?
Each Lion is many extra HPs that raiders have to treat as an obstacle akin to the ward and fortifications on a raid.

>Do you have any suggestions about changes to be made to the Foo Lions?
Make them less prone to griefing their summoner (seriously, why do we have pet mechanics that interact with doors when there's been sentiment that doors are a bit of an artifact mechanic?).
Defensively they're an excellent asset, maybe just some more explicit log feedback like "the male foo lion growled and manifested a glyph" would make their benefit more obvious.
Top

to be honest if i didn't desperately need an inactive period i'd've probably coded a redtext for most outright namespoofs + requested smites for worse cases beyond that, spoofing in serious scenarios is cancer and would be better off going
- You say, "Oh my me." (2022-01-30 03:41:07).
Top 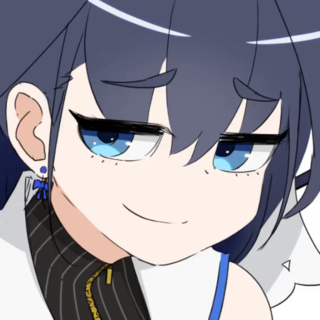